Wished for by President al-Bashir, Sudanese national dialogue perhaps does not yet include unanimity among all the protagonists. However, the openings are very real. It is this in particular that led Popular Congress to join the negotiating table. Meeting with the political affairs officer of this opposition party, Kamal O.A. Abd Elsalam.

Faced with the media, the Sudanese – regardless of their leanings – have something to worry about. Which is what? The worry of putting into context the past and present (even the future) of their country, which are inevitably profoundly linked. Kamal Abd Elsalam is not short of reservations about the current governance of Sudan. However, this lawyer who describes himself as a “political activist » wishes to make a historical point about the turmoil that has prevailed since independence was gained in 1956.

“When the British left the country, they did not leave us a Constitution, a basis for governing relations between various Sudanese people”, he laments openly. In an accusatory way, he made the connection between British presence in the last century and the troubles of the past few decades : “The situation in South Sudan, for example, is directly related to British colonisation and its policy. Since the beginning, their approach has been to separate the Sudanese of the North and the South. And to ensure control of natural resources…”

“Divide and rule”, a popular saying that would have worked perfectly, to ensure the interests of the British Crown in any case. A constitutional vacuum whose main impact would have been political instability resulting, in particular, in many military coups d’état. Not ideal for forging a national identity linking every Sudanese person to the central government in Khartoum. 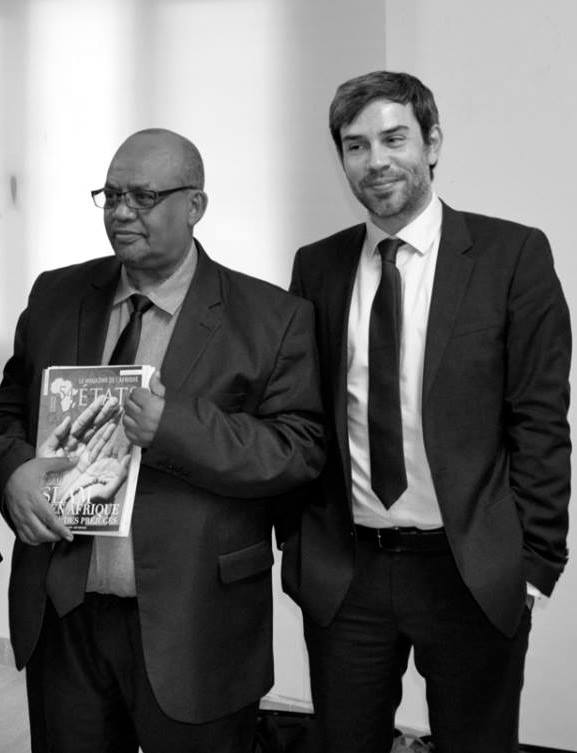 A constant topical subject that has its roots in a time half a century ago.  “Since independence, Kamal Abd Elsalam explains, the two main political forces that were the Ummah Partyand theUnionist Partyhave benefited from sectarian support. Their leaders were supported by communities. Not for a programme that supported all Sudanese people, but for their belonging to a group. That is why, even today, tribalism prevails everywhere! »

The other problem for Popular Congress has long been Omar al-Bashir himself and the various governments that succeeded each other for more than two decades. This long time opponent, however, has decided along with his colleagues, to take part in the national dialogue desired by the President.   The given reason is obvious: “we thought that the only solution was an uprising in the streets, until we saw what was happening around us, whether it was chaos in Libya, Syria or Yemen, but also the reinstatement of a dictatorial regime in Egypt. We have followed all of this closely and have arrived at the conclusion that change in this way is not a conceivable solution ».

So now Kamal Abd Elsalam propelled by membership of the 7+7 committee will lead the national dialogue. An active participation in the discussions that the political affairs officer justifies by the goodwill displayed by those in power: “in the past, the government showed no willingness to hold a dialogue. Today, we feel a greater sense of openness and the desire to find solutions. The President himself made a commitment, based on the roadmap, to respect the conclusions of this national dialogue. We, the Sudanese people, have the opportunity to reach a reconciliation by resolving our differences. ”

That’s not necessarily the opinion of all the protagonists of the Sudanese political and military scene. To those too, the member of the Popular Congress wants to deliver a message: “some think that, one way or another, they will have a chance to dissolve institutions. Have they thought about what this led to in Iraq? I find it unreasonable that they refuse to sit down to have a discussion. The issues they raise are part of this process of national dialogue. They must therefore put what they have to say on the table! ”

Al-Bashir before the ICC?

“We are in full national dialogue. We are seeking political reconciliation and we do not accept our President being prosecuted by the International Criminal Court. In Sudanese culture, when we have disagreements amongst ourselves, we do not accept foreign interference. We have our own way of settling things. This excludes any outside intervention. ”

“Economic sanctions affect the people more than they affect governments. Nothing can justify this embargo, even more so given the real progress observed in Darfur. There is no fair balance in that. There are many lobbies, in the United States in particular, that want to eliminate Islamic governments. This has certainly influenced the decision. Yet, we are a peaceful country. Our ideology, although Islamic, opposes extremism. We are moderates…”