With the dramatic attacks in Tunis and Sousse, 2015 will surely remain a black year for Tunisia’s tourist industry. However, there is no question of giving up. Salma Elloumi Rekik, Minister of Tourism and Handicraft, intends to take advantage of this crisis to give this activity which is so crucial to the country’s economy, a second wind. Scribouille went to interview her.

« We’re going through the worst crisis the country has ever known and it impacts an industry that is crucial for Tunisia – tourism. » Steady voice, determined look, no sign of wavering in Salma Elloumi Rekik’s demeanour. But when taking on the job of Minister of Tourism and Handicrafts, the former parliamentary representative for the biggest electoral district of Nabeul certainly never imagined the annus horribilis that this industry was about to experience.

The drama at Bardo Museum in March and the beach resort of Port El-Kantaoui in June 2015 shattered this jewel of its national economy. The verdict was: « Tourist numbers from Europe fell by 50%, and overall by 26% » with consequences extending far beyond the hospitality sector: « It hits the entire value chain. Handicrafts, for example, employ 360,000 people, 80% of them women all across the country. These people have taken the full brunt of this situation. »

It goes without saying that there is a lot of work to do. Not really much to worry about though, given the Nidaa Tounes Party’s constituency and backing. « What is important in a crisis, first and foremost, is to take stock of the situation. Identify the strengths and weaknesses of your business. It’s an opportunity to restructure the sector and review key aspects. » Then moves on: « We have, first, taken steps to rescue business in the short term as well as developing a mid- and long-term strategy. » More than a necessity, it is in truth an imperative. 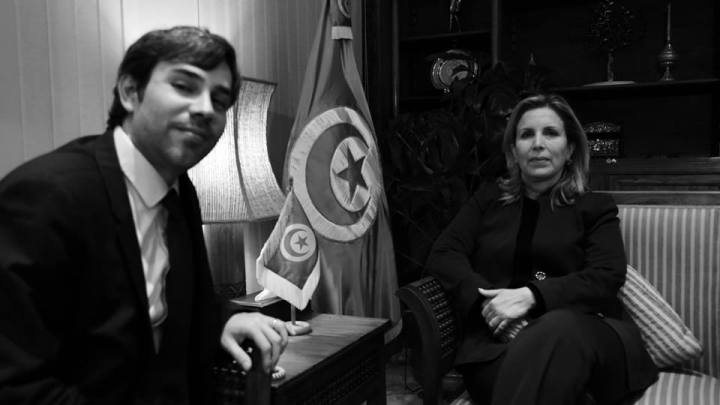 Although the Tunisian economy as a whole is aiming at diversification, the tourism industry cannot escape this appalling trend. « For a very long time 90% of our tourism has been seaside resorts. We have magnificent beaches, it’s true, and it’s a key feature that must continue to exist, but also have to be able to offer other things… » says the native of the capital before explaining: « …such as cultural, ecological, Sahara, sports, medical, and business tourism. And we have set up projects to do so. »

Not just product diversification, but customer diversification too. Are Europeans turning their backs on Tunisia? No question of giving in to panic, though, the Minister has her sights set on other opportunities: « The tourist industry is growing by 4% to 5% a year worldwide. There will be an estimated 1 billion tourists on the planet in 2015, with tourism accounting for 9% of the global economy’s revenue. As soon as a country starts to develop, its people start to travel. That’s the case for example in China, the country with the most outbound tourists in 2015 with 100 million Chinese travellers. India and a few other countries report similar statistics. These are massive markets that we need to tap. »

Salma Elloumi Rekik concedes, however, that the first step is to « rebuild Tunisia’s image » with security and safety as the priority: « We have signed agreements with a certain number of countries to secure our borders and tourist areas. We have done a lot of work with German experts to install comprehensive security systems. Our goal is to achieve a level of security equivalent to Europe’s, although we saw in Paris that there is no such thing as zero risk. »

The Minister also took the opportunity to say a few words about countries whose governments, in late June 2015, advised their people against travelling to Tunisia: « I understand their position. But given the events that have also happened in other countries, I can’t agree that their recommendations are warranted. Those who ‘ban’ their nationals from visiting Tunisia are, without wanting to, playing into the hands of the terrorists. »

So yes, Tunisia is in crisis but Salma Elloumi Rekik has faith in the future: « Tunisia is a small country with a great people. What we have achieved so far is tremendous but it’s not enough. We still have many challenges to tackle. We are a young democracy but I have no doubt that we will succeed in getting past this difficult period, to build a new Tunisia that is modern and open to the world. »